Shenzhen CL Lighting Technology Co., Ltd., is one of the sub-companies of banqcn Group, ISO9001:2015 certified with 20,000 square meters. Our major business concentrated in Europe, North-America, Australia, Asia and the Middle East. With over 10 years of experience in the supply of LED strips and related commercial lighting, we have succeeded in winning wide recognition from customers.

Our mission is to deliver a leading edge solution to our customers by providing the widest range of products for applications in different industrial sectors.

I often think that if only do one thing in my life, what will I choose to do. 10 years, I gave myself an answer with action: Create an international lighting brand that originate in China and shock the world.

Ten years of glory, witnessing the rise and fall of traditional lighting industry; The Internet, enlighten me to a new chapter.The future of lighting must be through the market segmentation and the path of differentiation. Survive in the market segment, specialized and professional, to achieve the ultimate!

I was born in the countryside, without any background, only to make more efforts. I spend most of my energy on running the company, hoping to make the product the ultimate and illuminate the world.Successful industrialists are mostly successful product managers. We are not necessarily the best inventors, but we are be able to “help others realize their dreams and realize dream of ourselves!”

This is an era of respect for individuality. We should divide customers and audiences with values, literacy, hobbies, and convergence of consumer attitudes.This year, the company has decided on a new strategy: to create CL LIGHTING as a Middle/High-end lighting brand! On R & D, through product iterative, ongoing product upgrades, optimize the user experience, and ultimately find a practically perfect solution.

Consumer product experience almost harsh, quality and service are equally important. The most powerful added value of a brand should come from service.I hope that in the near future, “CL Lighting” will become a high-end lighting brand. Implanting high-quality content on the product, enhancing the fun and interactive feelings of technology, and letting the intimate dialogue between the product and the user become one.

Everyone has their own dreams, the lighting dreams of the Chinese, I hope that I will be the director… 2022
CL team will work hard together and determined to forge ahead. In 2020, CL team will work hard together and determined to forge ahead to fight for a better future. In May of 2019, CL LIGHTING obtained the title of Shenzhen National High-tech Enterprise. In 2017 CL Lighting keep growing and almost achieved their annual goal. The sales team increase to 25 persons, and built up a basic structure. In order to better development, CL Lighting moved from 4th industry zone to 3rd industry zone in the end of 2017. In 2016, Shenzhen CL Lighting Technology Co., Ltd was officially established and became one of sub-company of BANQcn group. The production area of CL Lighting enlarges to 3000㎡ and built an independant sales team. First profit sharing meeting sucessfully held in the end of the year to celebrate the achiving of annual goals. n 2015, BANQcn group was founded. BMMQ became a sub-company of BANQcn group, and set up BMMQ Technology (Dongguan) Co., Ltd as a subsidiary in Dongguan City. The team of LED strip light department expand to 60 persons and production space enlarge to 2000㎡ along with the increase of orders. In 2013, BANQ was certified as National High-tech Enterprise. The plan of bringing up a batch of wealthy person come out with initial result. Team of LED strip department expand to 35 persons with a sales volume over 10 million Yuan. In 2012, BANQ set up LED tube, LED high bay, LED spot light, LED flood light, LED downlight, LED panel light and LED strip light etc. to 9 individual departments and make every department running separately to be more professional on each sector. At this stage, the LED strip department owning a 400㎡ workshop with a team of only 13 persons.

2011
Evaluated as a famous brand to exhibit in brand hall of Guangzhou International Lighting Exhibition. 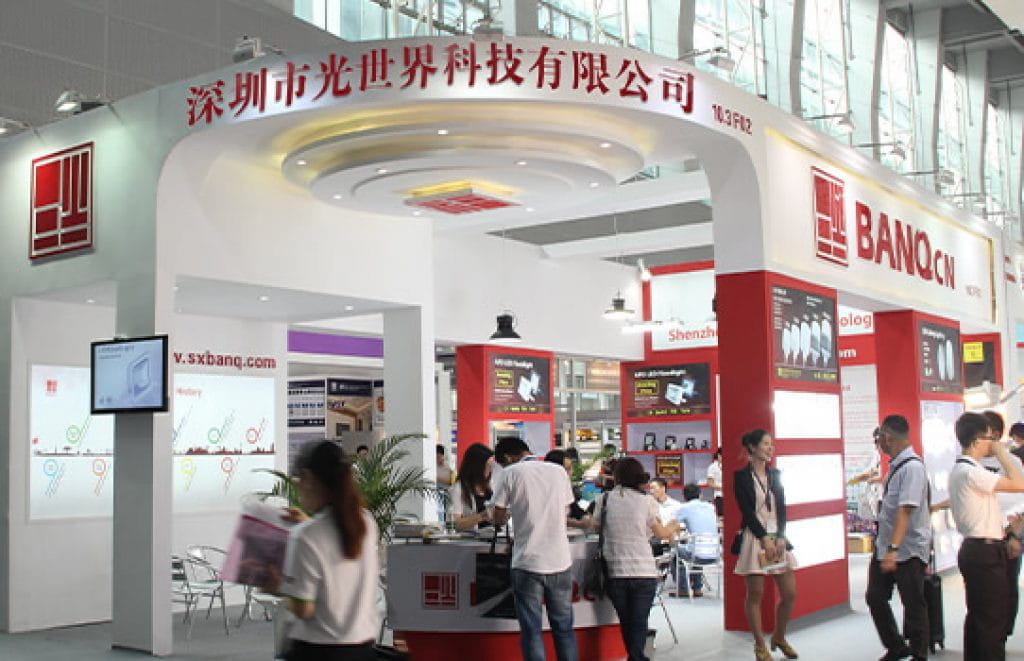 In June of 2011, BANQ was evaluated as a famous brand to exhibit in brand hall of Guangzhou International Lighting Exhibition and attracted much attentions during the exhibition. 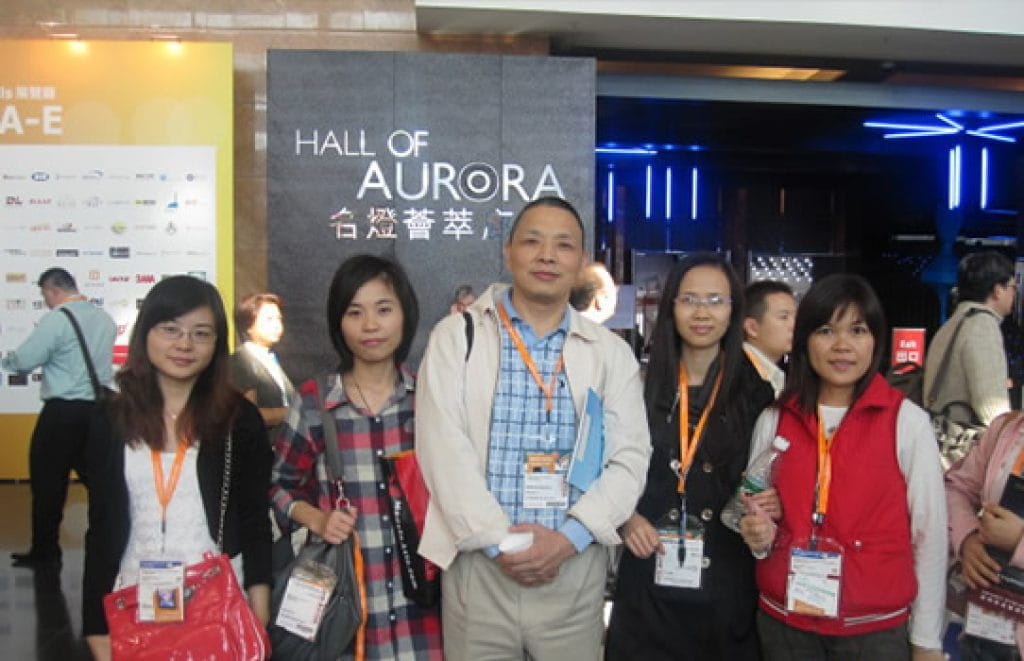 In September of 2010, the team of BANQ expand to 150 persons from 50 persons. And attended some famous lighting fairs in France, Poland, Dubai and Russia at same year, achieved a 120% sales increase.

2009
Expanded
Team of BANQ expand to 50 persons from only 4 persons.

In November of 2009, team of BANQ expand to 50 persons from only 4 persons and built their own international sale team. Workshop enlarge from 1000㎡ to 2000㎡ and products were exported to over 20 countries and regions around the world. Chairman Mr. Chan laid the core cultural value of the company to: Achieve our dreams by helping others to realize their dreams. One of the cultural is: Hard working, results, ethics and desires. One of the cultural is: No greed, no embezzlement, no kickback, don't favor from harming the interests of the company, don't use official post convenience for dishonest practices.

2008
BANQ founded
Team of BANQ expand to 50 persons from only 4 persons. 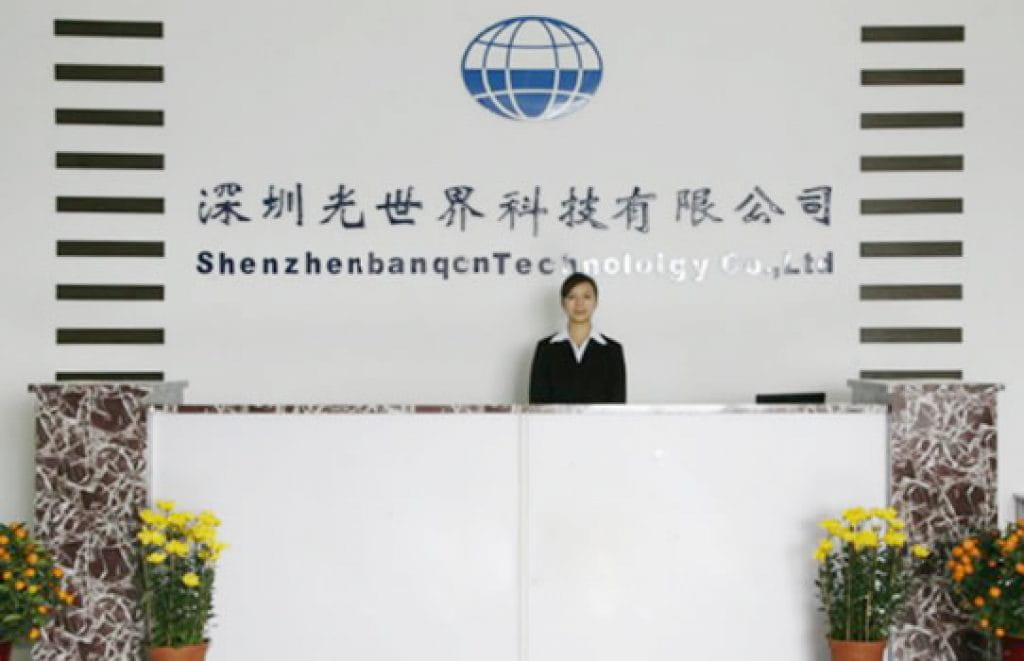